Pay per head agents can offer more than just betting on football, basketball, and baseball games. Special events like the NFL Draft can lead to excellent sportsbook revenue. Check out how NFL Draft betting on April 29 could boost your bottom line.

Although the NFL’s regular season won’t start until September, football is on the minds of almost every NFL fan. The reason? On April 29, the National Football League kicks off their yearly draft.

The NFL Draft has become one of the most watched sports events of the year. NFL fans hoping their team chooses the player that will take them to the Super Bowl sit with bated breath as the league’s commissioner steps to the podium and calls out names.

Yearly, the pro football draft has better ratings than the night’s nationally broadcast NBA and MLB contests. Ratings aren’t the only thing that has risen. Sports handicappers also like to make bets on which players go to which teams.

This year, betting on the draft should exceed $50 million. Action on the NFL Draft won’t make you rich. But it is something that BossAction PPH sportsbook agents can offer.

If you can offer it, you should be aware of it. Check out more information on the 2021 NFL Draft.

No doubt, 2021 betting on the NFL Draft should break the $50 million mark. The $50 million number from last year’s draft is the official number.

In the sportsbook industry, though, the official number isn’t the actual number. Individual bookies like you don’t release NFL Draft handle stats.

If we add up all the money wagered on the 2020 NFL Draft, it’s likely to tally up closer to $70 million to $100 million. Because we can’t know for sure how much money bettors wagered on last year’s draft, we must make an educated guess.

2021 could be a historic draft. Why? The first round should be all about quarterbacks.

In 1983, the Baltimore Colts drafted a young quarterback out of Stanford named John Elway. The Colts sent Elway to Denver, where he eventually won two Super Bowls.

Baltimore pulling the trigger on Elway, spearheaded a first-round that included five other quarterbacks. Todd Blackledge went to the Kansas City Chiefs with the seventh pick. The Buffalo Bills chose Jim Kelly fourteenth.

Future HOF quarterback Dan Marino went twenty-seventh to the Miami Dolphins. Kelly and Elway joined Marino in the Hall. Blackledge, Eason, and O’Brien ended up playing only a few years before leaving the league.

This year, teams should draft at least five quarterbacks in the first round, and three quarterbacks should go in the top three picks. The Jacksonville Jaguars will draft Clemson quarterback Trevor Lawrence.

The New York Jets are likely to go with BYU signal-caller Zach Wilson. Things should get interesting once the San Francisco 49ers draft.

San Francisco’s choice will affect the rest of the draft

They don’t live in a dreamland, though. Most believe those two will be off the board when it’s San Francisco’s turn to choose their next signal-caller.

Bets on the NFL Draft will follow San Francisco’s lead. If draft handicappers believe the Niners choose Fields, as an example, those handicappers will back overlay options on Jones and Lance.

Plenty of information exists for players to get a handle on where players will get drafted. But draft gurus use predictive analysis to decide what happens after critical picks.

There is no more key pick on Thursday night than the San Francisco 49ers at number three. If the Niners go for Fields, expect Jones and Lance to sit for a bit before Roger Goodell calls their names.

But if San Francisco decides to draft Jones or Lance, expect to jockey for a shot to draft Fields.

Add premium platforms and increase action by 15% or more

Oddsmaking agents mustn’t lean on free betting software via their standard sportsbook, in-game betting platform, and digital casino. If you import players to BossAction, you can use prime platforms during the promo period.

Prime platforms can increase action by 15% or more. Premium Props, Live+ with game trackers and video streams, and the Premium Casino with the latest 3D games boost betting action. 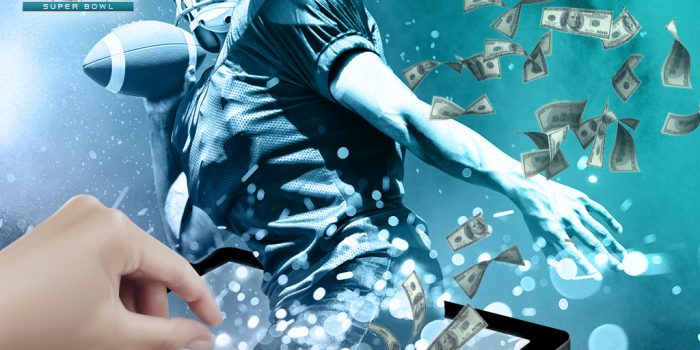 Companies like BossAction provide features and tools that allow any person to start and run...