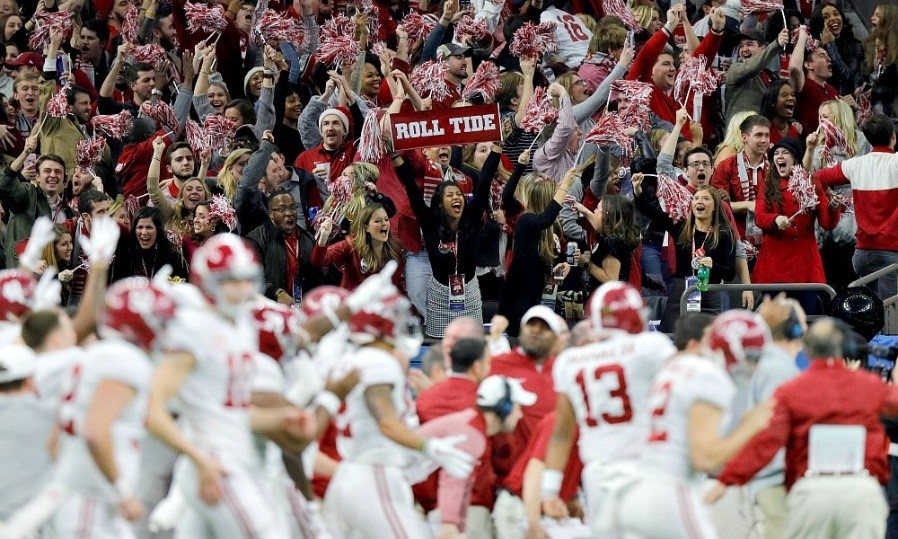 The two best teams in the nation lock horns on Monday, January 7, in the 2019 College Football National Championship. As to be expected, the #1 Alabama Cremson Tide beat Big 12 Champion Oklahoma in the second of two College Football Playoff Semifinals on Saturday, Dec. 29.

In the first CFP Semifinal, the #2 Clemson Tigers turned back the bid by #3 Notre Dame 30-3. Now, the Tide and Tigers throw down in what’s become a modern day, cross conference rivalry. Will the Tide win back-to-back National Championships? Or, will Clemson regain the title they won in 2016?

No matter what happens, online bookies must use pay per head software to manage National Championship betting. Check out a preview of both teams, an against the spread and over/under total betting analysis, and how bookies can squeeze the most profits when, once again, the Tide and Tigers battle for the national championship.

Now 14-0, Alabama looked every bit the best team in the nation during their fantastic 45-34 beat down of the Oklahoma Sooners. Bama jumped out to a 28-0 lead. While Oklahoma, with Heisman Trophy winner Kyler Murray under center, showed flashes, the Tide were never in much danger of losing the game.

What Alabama did do was relax in the third quarter and in most of the second half. Is that the sign this Bama team isn’t ready to etch it’s name among the greats? Maybe. Maybe, not. Alabama still goes two deep at the quarterback position, has an immensely talented offensive line, and, when their mind’s on football, an unreal defense.

Most thought Notre Dame coach Brian Kelly would come up with a game plan that kept the Irish competitive versus the number two ranked team in the nation. Not so. The Tigers throttled the Irish 30-3.

Like Oklahoma, Notre Dame showed flashes. The problem for the Irish was losing two of their top players on defense in the first half. Once that happened, Clemson easily moved the football. If Notre Dame hadn’t lost cornerback Julien Love, they might have made it a game. Love can shut down any wide receiver in the nation. He’s also a great quarterback blitzer.

Does that mean Clemson’s victory was a mirage? Maybe, maybe not. The Tigers’ freshman quarterback, Trevor Lawrence, is already the first player off the board in the NFL Draft in April. Plus, Dabo Sweeney might be the best coach in college football.

Against the Spread Odds Analysis

Alabama has opened as a -6 favorite. The Crimson Tide hasn’t covered in 3-of-4, but the -6 is the lowest amount of points they’ve offered in those 4 games. They even offered more, 11, to the Georgia Bulldogs in the SEC Championship.

Although it might be attractive to allow money on Alabama to cover to stand, that could be a mistake. The Crimson Tide appeared to get bored versus Oklahoma once they jumped out to a 28-0 lead. Alabama shouldn’t get bored against Clemson. Make sure to use the layoff account if Bama’s over bet.

Also use the layoff account if Clemson’s over bet. Dabo Sweeney has beaten Nick Saban and Alabama already in a national championship. Who’s to say he doesn’t do it again?

The 59.5 total seems high, but both offenses can move the football. Don’t mess around with college football national championship game totals…ever. It’s not worth it.

This game could go under or over depending on which team gets the early lead. Bama’s offense is unstoppable. The same, maybe, could be said for Clemson’s, but that doesn’t mean both coaches don’t decide to use the rushing attack to keep the ball out of the other offense’s hands. Use the layoff account.

Per head agents most definitely must use the mass editing tool to set betting limits on both moneylines. Once either team garners to much money, take the moneyline wager off the board. Although the odds were horrible, Vegas took a major hit on Alabama to beat Oklahoma. It’s not always a good idea to follow Vegas’ sportsbooks.

Vegas must take moneyline wagers on the National Championship. You don’t.

New online bookies that sign up with BossAction can double their profits with TruLive Wagering. Our mobile live wagering allows bookies to offer players 1,000’s of betting options from over 80 leagues. 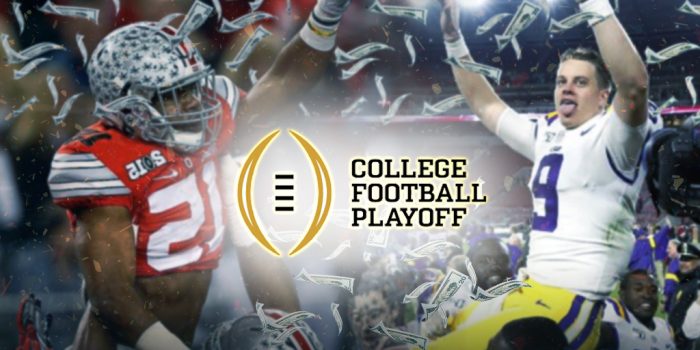 Since it’s inception, the College Football Playoffs have been some of the most bet on... 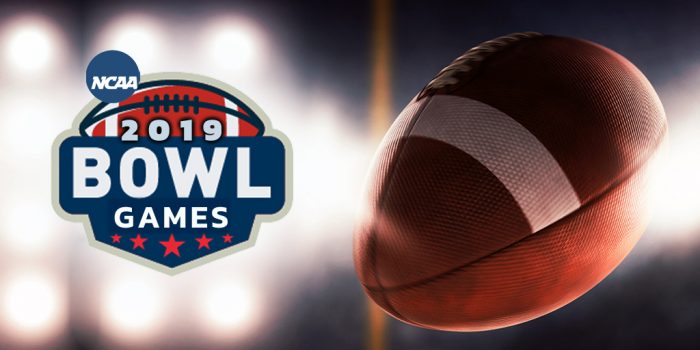 The 2019 NCAAF Bowl Season is upon us and any Pay Per Head sportsbook manager...