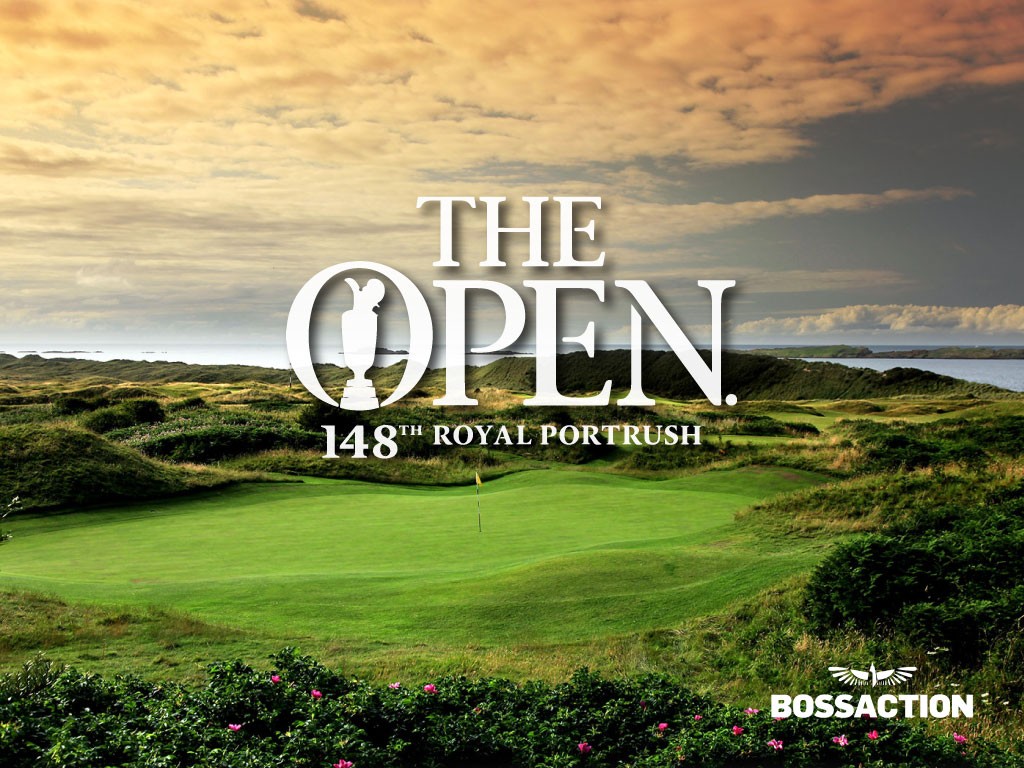 The 148th British Open Championship tee’s off at Royal Portrush on July 18th with the best in the world vying for the last chance at winning a major in 2019.  This year’s event is on pace to be a real humdinger with great storylines pairing well with world class golf.  On the heels of Gary Woodland’s U.S. Open win as a 60/1 underdog has a lot of the betting public looking past the favorites in Northern Ireland, but are they on the right track?

The British Open makes its first trip to the shores of the North Atlantic since way back in 1951, and only the 2nd time ever on Irish soil.  The location bodes well for hometown favorite Rory McIlroy at +1000, 2nd only to the favorite Brooks Koepka at +700.  Coming off a runner up finish at the U.S. Open, best in the world Koepka makes sense as a favorite here, he is playing up to his #1 ranking with consistency and really has found a groove in 2019.

Following behind Koepka and McIlroy are Tiger Woods and Dustin Johnson, both at +1200 with Justin Rose +1600 rounding out the top-5 of betting favorites on the British Open odds board.

Favorites to win the 2019 British Open

Brooks Koepka +700
Mr. ‘#1 ranked player in the world’ is the prohibitive favorite to take it all at Royal Portrush come tournament’s end. Should you be tempted at the chance of snagging the best in the game at 7/1 odds?  Well it just about impossible to say no based on the way Koepka has been playing of late.  OWGR’s top ranked player has been on an absolute rampage in Major Championship Golf since 2017.  Between hoisting 4 Major Titles (both the 2017 & 2018 U.S. Open along with the 2018 & 2019 PGA Championship) and 2nd place finishes at the 2019 Masters and 2019 U.S. Open, he is truly on an island right now.  Nobody is playing even close to his level on such a consistent basis after winning or placing 2nd in the last 9 Major Tournaments.

Rory McIlroy +1000
While Koepka has been the most on fire player at Major events right now, McIllroy has been the most consistent PGA Tour player in 2019 by a longshot.  He has 11 top-10 finishes in the 14 PGA Tour Events he participated in so far this year, including two outright wins.  The #3 ranked player in the world was a runner up in the British Open in 2018 and took home the trophy in 2014 for his efforts.  Also, as stated above, he is the hometown boy here, having grown up not far from the course.  Unsurprisingly this is a venue he is very familiar with which should be taken strongly into consideration when looking to profit from the 2019 British Open.

Tiger Woods +1200
After a legit career resurgence the former undisputed best in the world has actually clawed his way back into the OWGR top-5, a feat which many experts said was behind him.  But after his win at The Masters, he has proven to still be a legit threat after a quintet of 4 top-10 finishes in 2019.  Tiger is has more to play for than just a win as he is in line to tie Sam Snead with 82 career PGA Tour Wins and would be one step closer to Jack Nicklaus’ 18 career Major victories. Even before his epic Masters performance many prognosticators were actually predicting Tiger to win the British Open in 2019 because of the firm fairways at Royal Portrush, paired with slower greens.  These two factors play well into Tiger’s strengths and make him a strong play at 12/1 odds.

Dustin Johnson +1200
DJ has been hanging strong at 12/1 since odds broke for the British Open a few months back and we have no expectations of this changing before tee time.  Ranked as number 2 in the world in the OWGR and 7th in the FedEx Cup ladder.  He has also been red-hot in the first half of 2019, finishing 2nd in the first pair of majors this season to go with a win at the WGC-Mexico Tournament.  Another model of consistancy, Johnson has seven top-10 finishes in 2019 and has not finished worse than 4th at the British Open since 2014.

Justin Rose +1600
Holding the spot of #4 ranked golfer in the OWGR and sitting at 9th in the current FedEx Cup rankings might be a little undervalued at 16/1 odds to win the British Open this year.  The 38 year old brit is fresh off a 3rd place finish at the U.S. Open and has posted an impressive six top-10 finishes including 4 of his last 8 events.  One thing to note is Rose has a less than stellar history at the British Open with just a pair of top-10 finishes since placing 4th in 1998 as a 17-year old phenom.  To be fair the other top-10 finish came last year when he tied for 2nd, bodes well for his confidence heading into the event as I’m sure he has thought a lot about that near win.

The former #1 ranked amateur in the world is having an incredible season thus far, taking top spot at the Memorial Tournament after posting a bonkers 64 in the final-round.  He ranks in the top 25% in each of the four major strokes gained categories including being the 3rd best in total strokes gained per round at 2.233 on the season.  With eight top-10 finishes in just 15 events so far he is a legit force in the field and deserves strong consideration for anyone looking to take a chance at The Open Championship.

Golf is a great addition for PPH Agents
With Golf ranking as the biggest single competitor sport on the planet, you would be foolish to ignore the benefits of offering Golf to your clients.  Even if is just Major Championships and mainstream tournaments, a little golf can go a long way.  The best part of golf betting is that is takes places almost year round and is a great way to fill those slow weeks in the summer after the NBA & NHL end and before NFL Football kicks off.

Maybe you’re new to the pay per head game and are looking for your first big event?  Well if you have friends that golf then you just found the answer to your “how do I start a sportsbook” query.  And as a new agent, you will also be able to reap the benefits of our special 3$ per head for 3 weeks promotion, truly you won’t find a better offer out there.

Write A Best Football Tips Page and Action Will Soar

One of the best ways to maintain a healthy and profitable sportsbook is to provide...