The start of the NFL season 2020 is uncertain due to COVID-19,  but there are still a ton of offseason stories to cover in the meantime.

The biggest story in the NFL right now, aside from when the season will actually start, is the fallout from free agency.  As is the case each and every year, we have a few teams that got dramatically better overnight.  Let’s take a look at the biggest winners so far from this year’s offseason and examine why they are expected to take a big step in 2020.

The Buffalo Bills might not be the most improved team on this list but they may see the biggest jump in success nonetheless.

With Tom Brady exiting the AFC East, the division has been left wide open for the Bills.  The rest of the teams are garbage and now the mighty Patriots are in very real danger of losing their first division title in 11 years.

The Bills big acquisition comes in the form of wideout Stefon Diggs, who the Viking happily sent packing.  Diggs and Minnesota QB Kirk Cousins never really saw eye to eye and the front office decided Cousins would be the one to stay.

Diggs will now get a clean start with the Bills and Josh Allen under center.  This could really be an ideal situation for both.  Allen has a cannon for an arm and Diggs’ speed and elusiveness could create huge issues for opposing secondaries. If Allen can sort out his accuracy issues and Diggs can be a positive influence in the locker room, we might see some magic in 2020.

This offense is already pretty solid, with John Brown, Dawson Knox, Cole Beasley receiving and Devin Singletary putting in work on the ground.

As good as their offense is, their defensive roster might be even better.

Remember, this is a team that tied for the second least points allowed last year and added a few pieces such as A.J. Klein, Vernon Butler, and Mario Addison.  Josh Norman was also acquired to bolster their secondary.

With the current status of the AFC East and the new weapons this team has, it would be a shock if the Bills didn’t win their first division title since 1995.

Despite missing out on Tom Brady, the Broncos arguably spent their money better than Tampa Bay and got a better crop of players overall.

Denver didn’t even wait until the legal tampering window was open to start making moves.

Weeks before free agency opened, the Broncos traded a fourth-round pick to the Jaguars for CB A.J. Bouye.

They sent a seven rounder to the Titans for Jurrell Casey whose interior defense and sack potential will ease the pain of losing Derek Wolfe and Adam Gotsis.

On the offensive side of things, Melvin Gordon was signed at a bargain price of $16M for two years after his stock dropped last year.  This gives the Broncos two strong options out of the backfield now with Phillip Lindsay the presumed starter. They will work great together with such complementary skill sets.  Lindsay is more of a traditional ground threat, posting back to back 1,000-yard seasons.  Gordon is more of a versatile player who is more of a pass-catching threat, totaling 224 receptions, 1,873 yards and 11 touchdowns in his career.

This team is not ready to contend for much, to be honest.  Especially with Drew Lock the presumed starter under center.  But they did a lot to continue their march back to relevance and should improve upon last year’s 7-9 record.

I think we can all agree the Cardinals had the best offseason to date.  They wasted zero time making one of the biggest blockbuster moves once free agency started.  Arizona bamboozled the Texans, trading David Johnson and a second-round pick for DeAndre Hopkins.  Perhaps the most talented wideout in the league right now. This gives Kyler Murray just another weapon on offense and really puts them into the conversation to win the NFC West.

It’s amazing that all the Cardinals really had to give up was David Johnson.  Sure, he was one of the best options at running back a few years ago.  But injuries pretty much derailed his career and he might be done at the tender age of 28.  Over the last 3 years, he has spent more time on the trainer’s table than on the field and ranked 32nd amongst qualified starters at the position in 2019.  With only 32 teams in the league, you can see how this might be a red flag.

This move makes the Cardinals a legit Top-5 offense heading into the NFL season 2020 with a roster that will look something like this:

As you can see, not only do the Cardinals have the skill, but father time is on their side too.  Aside from the ageless Larry Fitzgerald, their oldest skill position starter on offense is Hopkins, who is an All-Pro in the prime of his career at 27.

This team can make some waves this year and if all goes well, could be a legit threat come playoff time.

I have been back and forth on the Bucs being winners or losers after their blockbuster acquisition of Tom Brady.  The biggest name in the league will be leaving his team of two decades to joining a squad that went 7-9 last year and has not been to a Super Bowl in 17 seasons.

It seems the Patriots management pissed off and alienated the league’s biggest asset and he just had enough.

The Bucks promptly swooped in and offered Brady a $30M 2-year contract to play out the remainder of his days in sunny Florida.

This more essentially started a clock for Tampa Bay.  They basically have two seasons to win a Super Bowl.  Even if Brady were signed to longer, his viability as a starter is dwindling by the day.  This possible delay due to COVID won’t help matters either.

Thing is, the Bucs might have enough firepower to actually pull it off.

Tom Brady has done a fair amount of his winning with pretty average offensive weapons around him. Even when he does get a great receiver, they usually don’t last long in NE.

This time around things will be different for Brady.

He has two young wide receivers who each have 1000 yard season in their first six years in the league. Those fellas are Chris Godwin and Mike Evens, each would likely be the best option Brady has had since Randy Moss.

Now, here is where the maybe comes in.

Brady is a once in a lifetime talent, there are no arguments there.   But he is 42 years old and he really appeared to lost a step last year.  The oldest QB to win a Super Bowl was 41.  Sure, it was Tom Brady.  But does he really have another run in him?  I’m inclined to think no but I’ve also learned not to doubt guys like Brady.  He has a hunger and desire to win unlike any other and could just will himself to play at the high levels we’ve come accustomed to seeing. 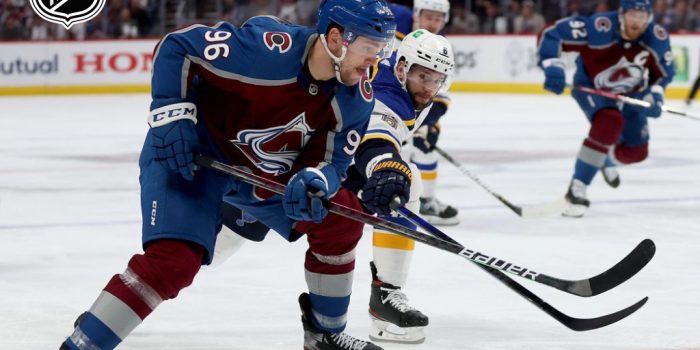 It’s been an exciting and eventful run to the Stanley Cup Finals. Apart from their...