Since the end of last season and all through the spring and summer, Kansas City and Baltimore have shared NFL Super Bowl futures favoritism.

A few things are apparent about this upcoming NFL Season.

First, the league won’t shut it down. The NFL has ensured a season by agreeing with players.

Second, the television ratings will be through the roof. Why?

The NFL will utilize the same schedule they always have. Monday and Thursday prime time games. Games all day on Sunday.

Third, and finally, because of football’s nature, teams won’t travel much. NFL teams can hop on a plane that day, get to their visiting destination for the game, play the game the following morning, head to the hotel for an hour or so and then go right to the airport.

Those three factors should set us up for a normal, albeit without tailgating and fans in stadiums, NFL Regular Season.

A regular NFL season is excellent news for per head bookie agents. Pay per head agents use sportsbook software to provide betting services.

Normalcy means bookmakers can concentrate on readying their sportsbooks for the influx of NFL bets. One of the most popular bets right now is who will win the 2021 Super Bowl.

Not surprisingly, odds haven’t changed much. The top choices are Kansas City and the Baltimore Ravens.

Why are Kansas City and Baltimore favored?

But although Burrow, Young, and Okudah will have an impact on their teams this season, none benefited from a traditional NFL Preseason.

Because of that, Super Bowl futures bettors had to go off last season’s stats and visuals. To put it another way, future betting the Super Bowl before the season started has depended on history more than any other factor.

Even wagers on the Tampa Bay Buccaneers have depended on history. Tom Brady won six Super Bowls as a New England Patriot. Every bet on the Buccaneers to win the Bowl this season is a wager on Tom Terrific.

In the 2019-2020 NFL Season, Patrick Mahomes and Lamar Jackson, the Chiefs’ and Ravens’ quarterbacks, dominated. Jackson provided one of the most historic regular seasons from any quarterback in NFL history.

Mahomes led his team to a Super Bowl victory. Both are young, both are talented, and both remain hungry for championships.

Why wouldn’t football wagering bettors dump on the Chiefs and Ravens?

Just because the Ravens and Chiefs offer the lowest odds, it doesn’t mean that other teams haven’t gotten love.

The following three teams have become favorites in the NFL betting sense. Oddsmakers set odds. Then, players, another name for sports bettors, decide who are the favorites and underdogs based on wagering action.

Along with Baltimore and Kansas City, odds in pay per head sportsbooks point to these three teams as Super Bowl favorites.

Tampa Bay Buccaneers +850 – Since Bruce Arians attracted Tom Brady to Tampa, the Buccaneers’ odds have dropped. The first move had Tampa going from a +2500 choice to a +1200 pick. Now in most pph sportsbooks, the Buccaneers are at +850 to win the Super Bowl.

Dallas Cowboys +1200 – Odds on the Cowboys range from +1000 on the low end to +1600. Online sportsbook agents can set their odds. Some have such a belief in former Green Bay Packers coach Mike McCarthy that they’ve set a favorite like +1000 on Dallas.

New England Patriots +1200 – This is an NFL history odds move if there ever was one. The Patriots were +850 while Tom Brady played for them. Once Brady bolted to Florida, odds on New England went up to a staggering +2500. But after the Patriots signed Cam Newton, the odds plummeted to +1200.

Head coach Bill Belichick and offensive coordinator Josh McDaniels have shown they can field excellent offenses without Brady. If McDaniels and Belichick can succeed with Matt Cassel under center, what can the pair do with a talented, former NFL MVP quarterback like Cam?

Odds on Super Bowl underdogs suggest Steelers, Colts, and Seahawks have a chance

The Pittsburgh Steelers, Indianapolis Colts, and Seattle Seahawks offer odds that imply they can win the Super Bowl.

Pittsburgh Steelers +2200 – The Steelers almost made the playoffs last season. That’s significant because Pittsburgh starting quarterback Big Ben Roethlisberger was hurt for the entire season. A healthy Big Ben, and the same fearsome defense from 2019, has forced Bowl betting players to knock Pittsburgh from +2800 to +2200.

Indianapolis Colts +2000 – The Colts were another NFL squad offering +2800 odds to win the Super Bowl. Indianapolis signed Philip Rivers. The Colts have one of the top offensive lines in the league, and the defense is a Top 10 unit. Super Bowl handicappers noticed the changes.

Seattle Seahawks +1600 – After Brady went to Tampa and Cam headed to New England, the other most significant player move this offseason was Jamal Adams leaving the Jets.

Adams went to the Emerald City. With Adams, the Seahawks defense could rediscover the Legion of Boom glory days, which is why they’re at +1600 after starting the offseason at +2200.

The National Football League kicks things off on September 10. Online bookies should consider importing their players to Boss Action.

BossAction is the newest, freshest, company in the PayPerHead family. Like Payperhead.com, BA agents can use a first of its kind agent payment solution that allows for]multiple deposit and payout options, including credit cards.

If you join us, you can pay $3 per head for up to 3 months. That’s a deal that every per head bookmaking agent should consider.

How Bookie Agents Should Get Ready for Kentucky Derby Races 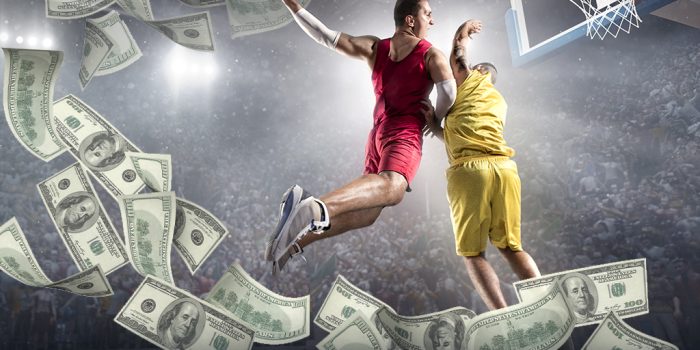 NBA Betting Blog: Which Teams are Your Players Backing Against The Spread?

One of the most common bets to make is ATS. Players don’t have to calculate...