2023 NFL Wild Card Weekend. The NFL Playoffs kick off on Saturday when the Seattle Seahawks travel to San Francisco to take on the rival 49ers and the Jacksonville Jaguars host the Los Angeles Chargers. Open a BossAction sportsbook today and pay $3 per head until April 16.

Seattle got by the Los Angeles Rams to secure a playoff spot, but it was more challenging than anyone realized. The Seahawks required an overtime field goal to win their week 18 game.

San Francisco quarterback Brock Purdy has played lights out. So the Seahawks should be in some trouble. The old saying is that it’s tough to beat a team thrice in the same season.

Not so when it comes to Niners versus Hawks.

Action Prediction: So far, 64% of players are laying the close to 10 points on the 49ers to cover. Use the layoff account if required.

Heading into this game, the Seahawks have performed poorly against the spread while SF is on a 9-game SU winning streak and an 8-1 ATS streak.

Jacksonville won the AFC South. However, the Jaguars struggled in their final game, a contest versus the rival Tennessee Titans.

The Chargers finished their season by winning 4-of-5. The loss came in week 18, where LAC had nothing to play for except pride.

This is a game between two fantastic young quarterbacks in the NFL. Will Justin Herbert lead the favored road squad Chargers to a win and cover? Or will Trevor Lawrence lead the Jags to their first playoff victory since 2017?

Action Prediction: Expect action on both sides of this spread. The Bolts give up a ton of yards on the ground. But, no doubt, Los Angeles’ offense is better at this point in the season.

It might be wise to use the layoff account. Or, if you’re a sports handicapping software agent, instead of just a pay per head agent, handicap the game yourself and decide on whether you should lay off risk.

The Fins will start Skylar Thompson, which means the Bills face a rookie quarterback. The fact that Miami must start Thompson is why 67% of players are backing the Bills to cover the -9.5.

Action Prediction: If you run bookmaker websites, for certain set limits on the Miami moneyline. Yes, Buffalo should blow out the Dolphins.

But Miami covered against the Bills, even winning a game straight up in the two head-to-head matches. It’s always better to be safe.

The Giants ended their season going 4-0 against the spread. In the head-to-head between these two, the Vikings beat the Giants 27-24.

But Minnesota had to convert a 61-yard field goal attempt to get by NYG. The Giants match up well with Minnesota, which is why the action is going to both teams to cover.

Action Prediction: Max limits on the Giants’ moneyline is necessary. As far as the spread is concerned, even action on both sides is a real possibility.

78% of players are backing the Cincinnati Bengals to cover. There are a couple of reasons why.

First, the Bengals are on fire. Cincinnati has covered in 8-of-10.

Second, Cincinnati beat Baltimore 27-16 in the last head-to-head. The Bengals pushed because late money sent Cincy from a -9.5 favorite to a -11 chalk.

Action Prediction: There’s another reason players are rolling the dice on Cincinnati on almost every bookies website. Lamar Jackson and Tyler Huntley are both questionable.

If neither Lamar nor Tyler plays, Anthony Brown starts at quarterback. Brown played okay against the Bengals in week 18, but Cincinnati beat the Ravens by more than the current 7.5 points spread.

Most PPH sports agents expect the Cowboys at Buccaneers to be the NFL Wild Card’s most competitive contest. The Boys opened a -2.5 chalk and have remained a -2.5 favorite.

Tampa plays this on their field at Raymond James Stadium. Dallas has a poor playoff history in recent years, which is why 55% are taking the 2.5 on the Buccaneers, and only 45% are laying the points on Big D.

Action Prediction: The action should split down the middle. So your job as a bookie sports betting agent is to use whatever tool necessary not to lose money on the game.

That includes setting moneyline limits on the Buccaneers and using your layoff account. Don’t try and handicap this one yourself because it could bite you.

If you sign-up for BossAction sportsbook software soon, you will pay significantly less than the $11 premium rate. The 72% off deal only lasts until April 16.

So you want to transfer players as soon as possible. You will get a great deal and a chance to participate in a referral program that pays you $100 for every referred friend.

Then, once the friend opens a BossAction sportsbook, you can make up to 17% of each referred friend’s deposit for up to a year.

After the first couple of weeks in the new Major League Baseball Season, it’s become... 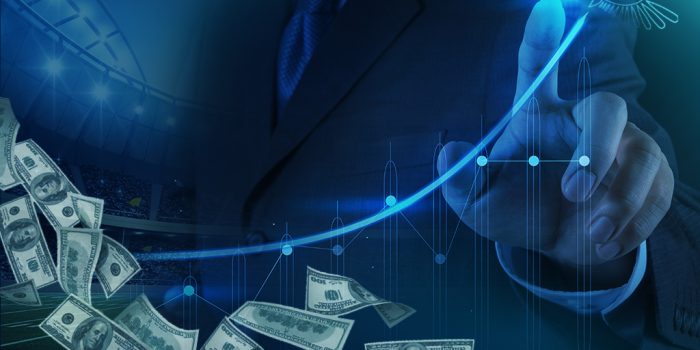 Becoming a successful bookie isn’t as hard as you think. The most critical decision you...