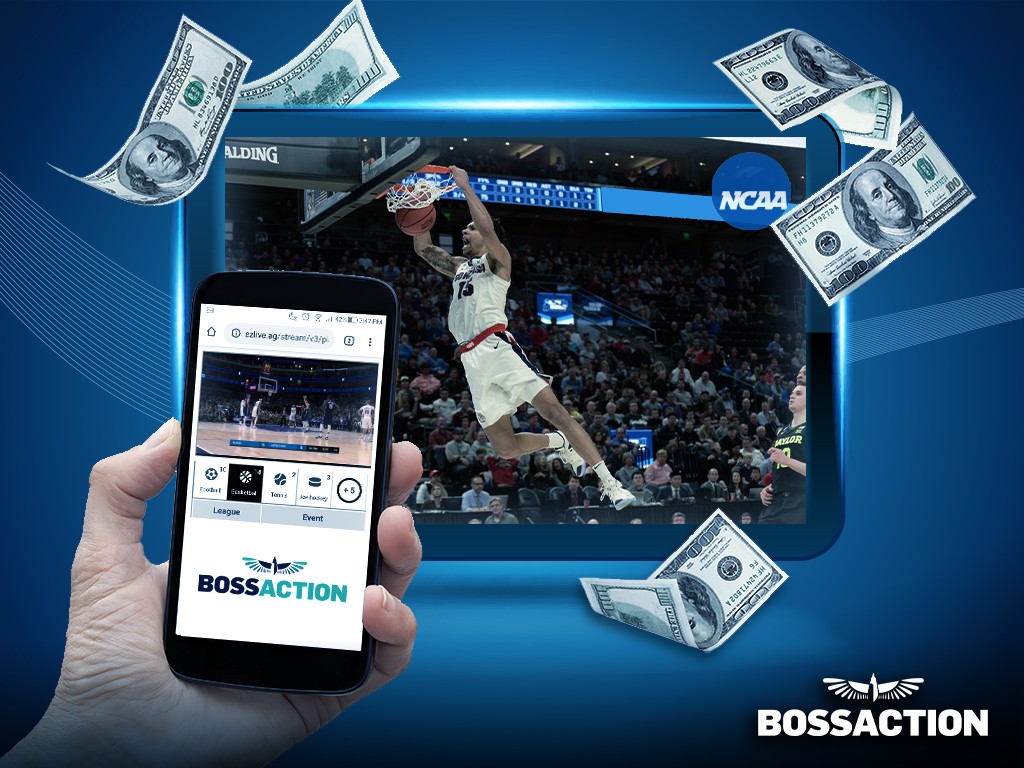 The National Collegiate Athletic Association had to cancel March Madness 2020 due to the pandemic. This year, though, the NCAA Men’s College Basketball Tournament is a go. Check out the dates, team profiles, and everything else pay per head agents must know heading into March Madness 2021.

Most of us want to forget 2020, which is understandable considering how crappy a year it was. Some sports teams, though, have fond memories of the Year of COVID.

After delays, the Tampa Bay Lightning hoisted the Stanley Cup, the Los Angeles Lakers won another NBA Title, and the Los Angeles Dodgers won their first World Series since 1988. Also, the NFL provided a full season of gridiron action.

The National Football League crowned the Tampa Bay Buccaneers Super Bowl LV champions on Feb. 7. Even the NCAAF, college football’s governing board, managed to put a crown onto the Alabama Crimson Tide’s head.

In hindsight, 2020 wasn’t as big of a disaster for sports as we thought it was. But although the NFL, NBA, NHL, and NCAAF finished their seasons, one sport had to cancel before deciding on a champion.

For the first time since 1939, the NCAA canceled the 2020 College Basketball Tournaments. No March Madness in 2020 sent some of the best players scurrying for the NBA Draft. Coaches went home to consider the absurdities of life ala Albert Camus, and college hoops fans pondered the fate of their beloved sport.

But the century has reached its drinking age, which is why even though the coronavirus pandemic lingers, the NCAA will put on the 2021 March Madness Tournament. Vegas and online sportsbooks are ready for the madness.

So are bookies who offer free betting software. Keep reading for answers to questions like when is March Madness and what is a march madness bracket. We also predict the top two seeds in each region.

NCAA College Hoops Tournament is from Mar. 18 through Apr. 5

So we know the NCAA Men’s Hoops Tourney will happen. We also know that the First Four games are on Mar. 18 and the National Championship is on Apr. 5.

What you may not know, because it’s something different from ever before, is that all 67 tournament games will happen in a single state. Indiana, the home of Hoosiers and Larry “Legend” Bird, will host all March Madness Tournament contests.

Most games happen at a couple of venues in Indianapolis. Refer to this link from the NCAA site for more information about when the tournament happens.

Even though Selection Sunday doesn’t happen until Mar. 14, per head agents can assume the following teams end up in the top two spots in each region. Before getting to the teams, it helps to refresh our memories regarding how the NCAA sets up the tournament.

Four regional brackets comprise the tournament. In most seasons, the tournament includes four geographical regions: East, South, West, and Midwest. Because all games will happen in Indiana, this year’s bracket will be Region 1, Region 2, Region 3, and Region 4.

In the past, the NCAA Selection Committee tried to make each team a 1 or 2 seed in their region. If Virginia or Kentucky were the best teams in the nation, they’d have gotten a 1-seed in the South region. This year, the committee mustn’t worry about rewarding top teams by seeding them in geographic locations to have the most success.

Below won’t be exact to what happens on Selection Sunday. The eight listed here should be similar, though.

Baylor and Gonzaga are undefeated. They’re locks for 1-seeds. The Michigan Wolverines have one loss. They should also be a lock to get a 1.

The Zags are ridiculously talented. Drew Timme, Corey Kispert, and Jalen Suggs have dominated opponents. But Gonzaga plays in an awful conference. Are they battle-tested enough to win the title?

The Cougars allow 57.3 points per game. However, Houston isn’t a great shooting team. If they don’t improve their 43% from the field, making the Sweet 16 could be challenging.

Jared Butler, Davion Mitchell, and MaCio Teague lead a Baylor squad that’s 17-0 SU and a crazy 13-4 ATS. Use bet alerts to know when someone places money on Baylor. They’re a covering machine.

On Feb. 21, the Buckeyes play rival Michigan. If Ohio State upsets Michigan, they could grab the 1-seed from the Florida State Seminoles.

NCAA March Madness fans are all over the Michigan Wolverines. Oddsmaking local bookie agents may want to change lines on the Maize and Blue. Michigan is 14-1 on the moneyline and 12-3 against the spread.

College basketball handicappers call bookie agents looking for fair odds on teams like the Crimson Tide. Up until recently, Alabama was an underdog play to win the title. Now? They should take the SEC and grab a 2-seed.

Most college hoops analysts considered the Atlantic Coast Conference the deepest in the nation. Florida State could run away with the conference championship. The Seminoles are 12-3 while perennial ACC contenders like North Carolina and Duke may not even grab a bid to the tournament.

As long as Ayo Donsunmu and Kofi Cockburn play, the Illini will have a shot. A significant problem could occur if Donsunmu or Cockburn have a bad game because Illinois doesn’t have anyone who can replace either’s production.

Specific NCAA Tournament wagers that could hurt your book

When it comes to betting on games, March Madness 2021 shouldn’t be any different than any other NCAA Basketball Tournament. All bookie software agents should be wary of the following four potential sportsbook damaging bets.

12-seed upsets a 5-seed on the moneyline

15-seed beats a 2-seed on the moneyline

Although not nearly as prevalent as a 12 upsetting a 5, 15-seeds have taken out 2-seeds at the NCAA Tournament. It’s happened eight times since 1991, with the last occurrence in 2016 when Middle Tennessee beat Michigan State 90-81.

An underdog wins the National Championship

The odds of this happening aren’t great because 1-seeds have won the championship 22 times. But Danny Manning and the Kansas Jayhawks won the title as a 6-seed in 1988.

Underdogs winning the championship doesn’t happen often, but it can happen. Make sure you’ve got bet limits in place.

The overbet chalk cuts down the nets on Apr. 5

The opposite could also happen. A per head agent’s players could pound a considerable favorite, and that chalk could cut down the nets. Michigan, Gonzaga, and Baylor are this year’s likeliest candidates.

But don’t sleep on Ohio State, Illinois, and Houston. Depending on where you’re a local bookie, your players could dump on any top-seed to win the title.

March Madness 2021 is a 3-week tournament with a total of 67 games. Games happen either simultaneously or one right after another.

Make sure you don’t miss out on any action. The Agent Payment Solution allows you and your players to deposit via bitcoin and other cryptocurrencies. You can also deposit and make payments via other banking methods like credit and debit cards.

If your players must wait for you to deposit for them, they could end up missing out on a bet. Add the Agent Payment Solution for sure.

Also, add the Live+ digital platform. CBS, truTV, TNT, and TBS will broadcast tournament games. Live+ includes game trackers and video streams. Players have no reason to leave your sportsbook if they can watch, check out stats, and make in-game bets on the same platform.

If you import players soon, you pay just $4 per head from now until Apr. 6. The March Madness promotion includes Live+ and the Agent Payment Solution. Other prime platforms, including the Premium Casino and Premium Props, are also part of the promotion. With premium platforms, your sportsbook can attract 15% or more action.