The Tampa Bay Buccaneers and Buffalo Bills are the current AFC and NFC Conference Championship betting favorites. But although the top choices, plenty of teams in both conferences are garnering conference championship action. Keep reading for more information on which franchises your players are backing to take the conference titles.

Your sportsbook platform allows players to make bets on Super Bowl and NFL MVP futures. But that’s not the only future prop bets your sportsbook allows.

Check out a list of favorites from each conference. Your PPH sportsbook software allows you to offer options on any team listed.

Read about the teams, why they’re attracting NFC and AFC Conference Championship bets, and then use sportsbook applications to manage action.

On October 10, Tampa Bay dominated the Miami Dolphins 45-17. The Bucs won their second straight and fourth in the last five games.

What makes Tampa challenging to beat? First, Tom Brady has shown no signs of slowing down. He’s as good this season as he was last season when Tampa won the Super Bowl.

Second, Tampa’s defense is deeper than many believed. Even with three starting defensive backs out with injuries, the Bucs destroyed the Dolphins.

During the summer, most believed Aaron Rodgers might either play for another team or become Jeopardy‘s permanent host. Instead, Rodgers is back under center for the Packers.

The Packers have rolled since a strange 3-38 loss to the New Orleans Saints in the first week. Green Bay hasn’t dominated, the Pack required overtime to beat the Bengals in week 5, but they have won games.

Also, they’re the class of the less-than-stellar NFC North. Watch for action on Green Bay to win the AFC Championship.

After the week four loss to Arizona, some believed Los Angeles might crumble. Instead of crumbling in week five, the Rams beat the Seattle Seahawks on NFL Thursday Night Football.

The Rams’ odds to win Super Bowl 56 remain below +1000. Although NFC West rival Arizona is the National Football League’s only remaining undefeated team, the Rams remain the second choice after the Buccaneers to win the conference and a top-four choice to win the Lombardi Trophy.

Dallas has scored 30 points or more in each of their last four games. What’s great if you’re a Cowboys fan is how the Cowboys won the game where they didn’t score 30 or more points.

Big D beat the Los Angeles Chargers 20-17. Dallas leaned on their defense in the win, making the Cowboys one of the NFC’s teams to beat.

5-0 Arizona has also scored 30 or more points in four of their games. But the Cardinals won their last contest, an important battle against division opponent San Francisco, by leaning on their defense.

Arizona’s big win against the Rams in NFL Week 4 shows they can hang and beat the best in the conference. The Cardinals remain an overlay to win the NFC, which is why bookmaker agents should pay attention to Arizona the most among the teams on this list.

The Bills dominated Kansas City 38-20 in one of the most important games of the season so far. The victory relegated Patrick Mahomes and the Chiefs to second-tier Super Bowl and conference status, which is why KC doesn’t show up on this list.

Kansas City is a favorite odds wise. They aren’t a favorite based on how they’ve played. Expect zero action on Kansas City to win the conference now that they’ve lost to the Los Angeles Chargers, Baltimore Ravens, and Bills.

Now 2-3, Andy Reid’s squad will be hard-pressed to make the playoffs much less win the AFC West. The Los Angeles Chargers are the team to beat in the division.

Los Angeles entered halftime of their 47-42 win against the Cleveland Browns down 20-13. The Bolts outscored the Browns 34-22 in the second half, including outscoring Cleveland 26-15 in the fourth quarter.

The Chargers are for real. Expect money to flow Justin Herbert and LAC.

The Bills destroyed the Kansas City Chiefs. Buffalo lost their first game of the season, but since then, Josh Allen and the Bills have rolled, putting beat down after beat down onto overmatched foes.

Kansas City isn’t the AFC’s barometer. The Bills are, which is why after NFL Week 5, Buffalo is the AFC Championship betting chalk, and the co-first choice with the Tampa Bay Buccaneers to win Super Bowl 56.

On October 11, in their NFL Monday Night Football game versus the Indianapolis Colts, the Baltimore Ravens could prove they’re the greatest rushing team in history.

Make sure to check out the results of the game. The Ravens will enter the matchup a -7 ½ to 8 favorite. They should cover the spread.

Why? Baltimore hasn’t allowed more than 17 points in their last couple of games while Lamar Jackson is having his best season as a pro.

If you’re reading this after the fact, and we were wrong, our apologies.

The Chargers broke Cleveland’s 3-game losing streak. But the Browns remain the best rushing team in the NFL.

Cleveland has a chance to bounce back with another 3-game winning streak. Although beating the Arizona Cardinals, Denver Broncos, and Pittsburgh Steelers in a row won’t be easy, all three games are at home.

Expect plenty of action on the Cleveland Browns to win the American Football Conference.

NFL betting is circular. One platform, like your sportsbook, can lead to wagering action on pro football from other sportsbook platforms, like Premium Props or Live Plus.

If you import players to BossAction, you can offer clients features like making online payments to you. With the Agent Payment Solution, you can collect from your players via various methods, including cryptocurrencies.

BossAction bookie software doesn’t just provide payment integration. We also have a top referral program, and if you sign up soon, you can take part in our $3 per head until Super Bowl LVI deal. Call us at 1-800-339-4108 for details. 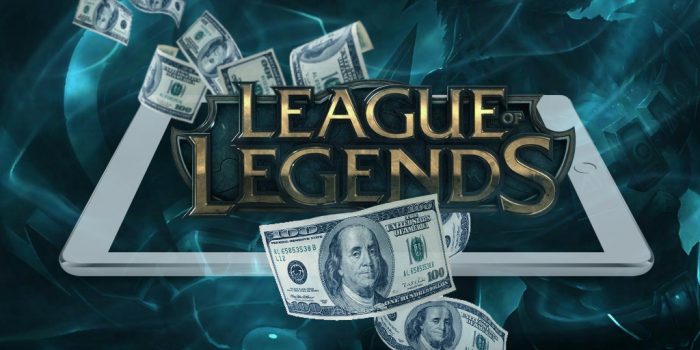 As we head into spring and summer, one of the lesser-known betting options is esports....

As pay per head agents look to add more service software products for their clients,...