With the first half of the season in the books, it’s time to take a hard look at the players that are in the running for the NFL MVP award. This year, all the players so far are quarterbacks. Where they are placed on this list largely depends on the offensive power of their teams. But there are other considerations as well.

Yahoo! Sports recently came out with their MVP odds list moving into week 10.

These top players move around the MVP standings from week to week depending on which teams they play, how well their receivers are doing, and the injuries of the MVP candidates themselves. Keep this list handy for the end of the season to see how close it was.

Which Players are Rising to the Top of the NFL MVP Betting Mountain?

Let’s look at each of those players and see why they have the odds they do and what possibilities they hold in the second half of this season. We’ll look at their current situations and see how that could influence NFL MVP betting going forward. Here’s Yahoo! Sports’ list:

Brady has been inching his way up and recently moved to the top spot as favorite to win the MVP award. Even though Tampa Bay lost to New Orleans in week 8, Brady still connected with four touchdown throws. Having a bye in week nine didn’t hurt him either as some of the other top QBs did not play well or also had a bye.

He currently leads the league with 25 touchdown passes and an average of 331.3 yards per game. He’s second in the league in passing yards (2,650) and completions (231).

All were previously set by Drew Brees.

Although the MVP award does not take into account previous years, these stats and records show that Brady isn’t gliding in his 22nd NFL season.

The only thing he doesn’t seem to be good at is speed. He’s only rushed for 23 yards this season for a total of 1,068 yards in his career.

Allen was the NFL MVP betting odds favorite until recently. The Bills are also considered the top pick to win the Super Bowl. But their week 9 loss to the Jaguars didn’t paint a good picture of Allen. Jacksonville is only 2-6 this season, and Allen had no touchdowns and two interceptions in that game.

But he has a good record against their NFL Week 10 competitors, the New York Jets. Allen should bump his status in that one.

Murray has been doing a great job with the Arizona Cardinals, helping them get to their 8-1 record atop the NFC West. They were able to get a win against the San Francisco 49ers without him as he had an injured ankle. He might miss multiple games but has been recovering quickly and is expected back very soon.

But even with the injury and missed games, most consider Murray one of the top three quarterbacks vying for the MVP award this season.

Stafford has a career-high 68.9 completion percentage going into the second half of the season. He’s also thrown 22 touchdowns with only 4 interceptions.

Although his odds are a +600, he is probably playing the best ball of his career. Stafford leads the NFL in net yards per attempt and QBR, and his Los Angeles Rams have an impressive 7-2 record.

According to Next Gen Stats, Stafford also leads the NFL in pass EPA (expected points added). His score of +114.3 is nearly double second place Dak Prescott’s +62.2.

A tweet from Next Gen Stats on Nov 4, 2021, stated that “The quarterback who generated the most pass EPA has won MVP in every season in the Next Gen Stats era (since 2016).

If Stafford can keep up the pace for the remainder of the season, he should have no problem landing that MVP award.

Prescot of the Dallas Cowboys is still one of the top picks for MVP. His touchdown pass in OT to beat New England definitely boosted his status. Unfortunately, he was injured in that play, and his team was able to win without him in the next game against Minnesota.

There’s even speculation from Yahoo! Sports analysts that Dak’s lackluster performance in his latest game may be about more than just being a little rusty after two weeks off. They’re worried that he still might be having problems with his injured calf. An excellent performance in his next game against Atlanta would quickly squash any rumors and get Dak moving up in the MVP lineup.

But he is playing with a career-high completion percentage of 73.1, and he is showing his flexibility by being able to run and pass the football. If the other team’s defense shuts down Dak’s legs, he’ll convert to a throwing game. If they can block his throwing game, he’ll run the ball.

He currently has 16 touchdowns and only four interceptions.

Winner of the 2020 MVP award, Rodgers is still a top contender for this year. He’s already won the prestigious award three times, being only one of six players to have ever done that before. Tom Brady is also on that list.

The Green Bay Packers have had a great season, which can be attributed in part to Rodgers’ play. When he’s playing well, the Packers are an unbeatable force.

In the opening game of the season, Rodgers didn’t get any touchdowns and was intercepted twice. He only threw for 133 yards. The Packers lost to the Saints 38-3.

But since then, he has led Green Bay on a 7-game winning streak. He’s thrown a total of 17 touchdowns with only 1 interception. Their only other loss came last Sunday when Rodgers sat out the game, having tested positive for Covid.

He is expected to play against Seattle this Sunday, but there is a slight chance he won’t if he’s not cleared.

They should start calling him Lucky Lamar Jackson because he’s been able to pull off four fourth-quarter comebacks in this season alone. It’s an incredible source of excitement and bragging rights for the fans but must be stressful for Jackson and the Baltimore Ravens.

He’s considered the heart of the team, and at only 24 years old, that’s quite an accomplishment. Unlike teams like the Cardinals, who are able to win without Kyler Murray, the Ravens don’t stand a chance of winning without Jackson.

He’s had a great start to the season. If he keeps up the pace, he’ll be on track for 5,800 yards this season. That would be an all-time record which might seal the deal for MVP. And if he does win, he’ll be the youngest player in NFL history to win twice.

Hebert is playing well enough to be considered an NFL MVP betting contender in his second year in the league. He was named Offensive Rookie of the Year after taking over the helm when starting quarterback Tyrod Taylor had a freak accident.

After Hebert’s first two shaky games this season, he’s had an impressive three-game performance. In those three games, he led the NFL with 11 touchdown passes and no interceptions. And the first half of the season saw his most challenging opponents.

We’ll see if he can consistently perform at a high level against the easier teams Hebert and the Los Angeles Chargers face for the remainder of the season.

Mahomes and the Kansas City Chiefs have struggled of late. The Chiefs have a record of 5-4, losing big to the Buffalo Bills and Tennessee Titans. It was supposed to be an interesting matchup between him and Aaron Rodgers of the Green Bay Packers, but Rodgers missed the game because he tested positive for Covid.

Mahomes has had a tough time with interceptions this season. He has ten so far. But against quarterback Jordan Love and the Green Bay Packers, he was able to complete the win without any picks.

That helped his odds for NFL MVP, but not by much since he was going against Love, who was making his NFL debut. Unless he can make some drastic changes, it doesn’t look like he’ll be in the running for the MVP award.

Burrow is in the running, but with the Cincinnati Bengals in fourth place in the AFC North, he can easily be overlooked for the award. Although he’s thrown 20 touchdowns so far, he also has 11 interceptions.

It’s been an interesting first half of the season for both the MVP hopefuls and their prospective teams. It should be exciting to see how these names juggle around for the second season and who will float to the top of the heap.

Which player do you think will pull it off? Will Tom Brady stay at the top of the list? Will a newcomer take over? Let’s see how the rest of the season pans out.

Keep on Top of the What’s Important

Know what’s going on in the world of sports so you can run your book as profitably as possible. Check out our blogs and our pay per head bookie software to see how we can make your job easier.

Become a BossAction bookie now and get in on our special Super Bowl promo. You get all of our services for $3 per head until Super Bowl Sunday, February 13, 2022. Try out everything we have till then and see how much extra money you can bring in as a BossAction agent.

We have the best sportsbook software to easily manage and grow your business. 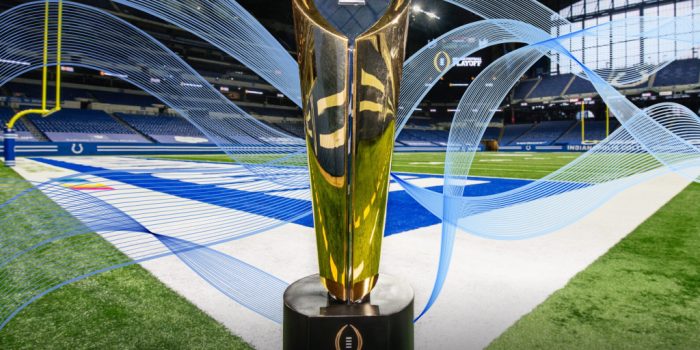 The four teams are picked and ready to meet in the upcoming College football playoffs...