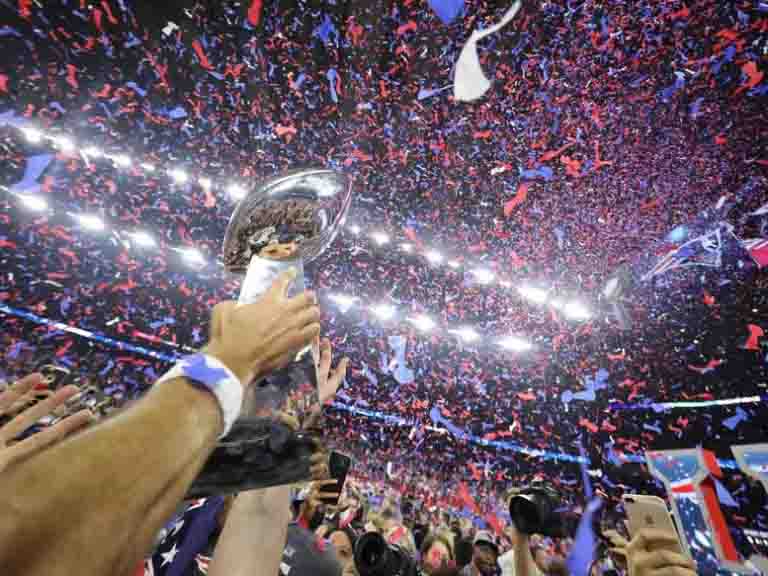 Doesn’t this always seem to happen? When we get to this level? To the NFC Championship and AFC Championship? 4 of the top quarterbacks in the NFL lead their teams into games that will determine who stamps their ticket to the Super Bowl next Sunday.

By next Sunday, pay per head agents should already have an idea of how they’re going to promote and manage Super Bowl prop wagers. Check out some of our ideas to make your Super Bowl prop betting promotions a success.

This could be one of the most popular Super Bowl MVP prop wagers in history. As soon as odds are set, make sure to place max betting limits on all Super Bowl MVP options, including all defensive players.

The hot choices will always be quarterbacks. In that regard, there will be a couple of great quarterbacks to choice from. The Rams and Jared Goff travel to New Orleans to battle the Saints and Drew Brees in the NFC. Then, later on Sunday afternoon, the Patriots and Mr. GOAT Tom Brady head to Kansas City to take on the amazing Patrick Mahomes and the Chiefs.

Sounds silly to promote the Super Bowl 53 coin toss, but hear us out: the first prop wager of the day should garner tons of interest. It’s also one of those unique prop bets, like wagering on the Oscar for best costume design.

By itself, most agents should see some wagers on the coin toss. It’s just one of those fun things to get the Super Bowl betting day started. But, online bookies like you can create a lot more excitement about the coin toss by promoting it in a Super Bowl 53 parlay along with another prop on this list and wagers against the spread and over/under the total.

That’s a great 4 team parlay where your players could hit the first leg before kickoff. Think about using the line we just wrote in your parlay promotions.

This is a fantastic prop wager to promote in between the two weeks from the final whistle in the AFC Championship to Super Bowl 53. 2 of the highest 4 scoring teams in the NFL are going to duke it out in Super Bowl 53 no matter which way you cut it.

First Player to Score a TD

Any player on any team’s offense can score the first TD in Super Bowl 53.

Fist Team to Score a TD

Make sure to set max betting limits on this prop. You might want to also add this to the aforementioned promoted parlay. You won’t see most action on this prop until the week before Super Bowl 53 unless you promote it in some way.

Master agents that switch to BossAction can double their profits with TruLive Wagering. Our mobile live wagering allows bookies to offer players 1,000’s of betting options from over 80 leagues. Make sure you have bookie software that works for you.

Super Bowl LIV is finally in the books and there were many ups and downs...