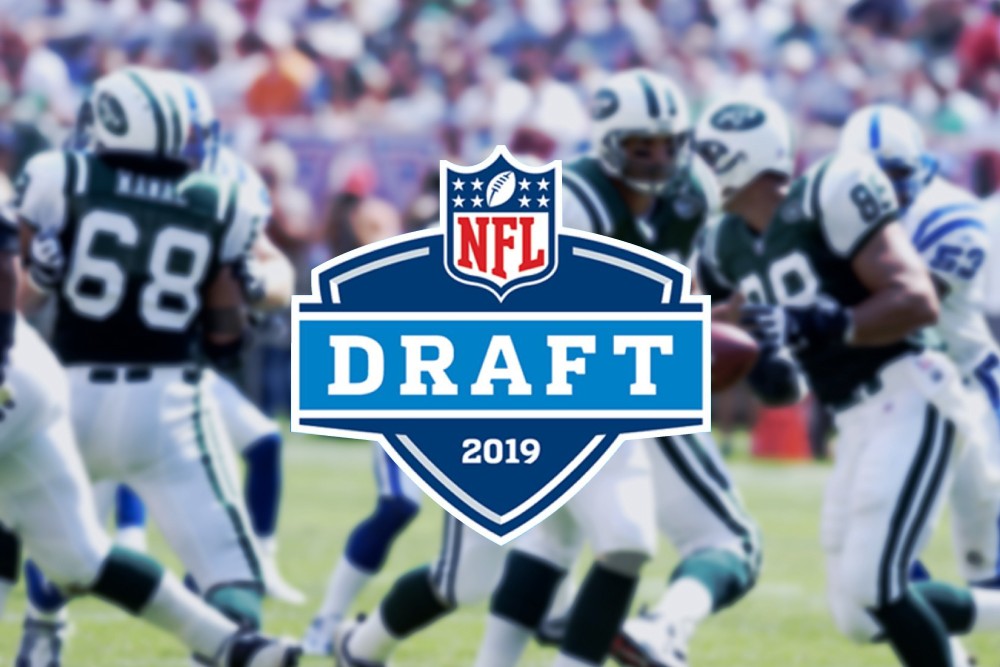 Although we’ve come to expect surprises from the NFL Draft, we often don’t see clear-cut winners and losers. This year, there is a team that improved big time after the draft. There are also two teams that that we must question. Keep reading for a 2019 NFL Draft recap!

The NFL Draft is supposed to close the gap between the best teams and the worst teams. That didn’t happen this year because the Super Bowl Champion New England Patriots used their 7 draft picks to get better. Unless you’re a Patriots fan, you had to have cringed every time New England made great pick after great pick. See below for the deep dive:

1 (32) N’Keal Harry, WR – He should help take the sting away from Gronk’s retirement.

2 (13) Joejuan Williams, CB – Williams could turn into a shut down corner within two seasons.

4 (16) Hjalte Froholdt, G – You can never have too much depth on the offensive line.

5 (25) Jake Bailey, P – Bailey could be the Patriots’ punter for a decade or longer.

The Patriots made smart choices with each pick. Harry is a big wide receiver. Brady won’t have to search for him downfield. Williams could start while Winovich will contribute on his first day in camp. Although those players could be home runs, the three that could be the biggest home run players are Stidham, Harris, and Cajuste.

Before the college football season started, most analysts had Cajuste as one of the top tackles in football. He could be a Round 3 steal. Jarrett Stidham had some great moments as Auburn’s quarterback last season. He’ll learn from the best, which gives him a chance to be something special. Damien Harris carried the load in most games for the Alabama Crimson Tide. He can turn into one of the better running backs in the NFL. He is talented enough that the Patriots will want to put he and Michel in the backfield at the same time.

With every pick, the Patriots made the smart move. The Super Bowl champs made a statement during this draft. New England should be difficult to beat this season.

Impossible Not to Ask, “What Were the Giants Thinking?”

New York Giants General Manager Dave Gettleman said before the NFL Draft that he wanted to pick the best players available. Either Gettleman lied, or he doesn’t think the way any NFL fan on the planet thinks.

The Giants used the sixth pick in the draft on Duke quarterback Daniel Jones. Jones has the skills to replace Eli Manning. He can start in the NFL. Although that’s true, Jones wasn’t close to being the best player available with pick 6.

Joshua Allen recorded 31.5 sacks and 220 total tackles in his last 39 college games played. Allen dominated in the SEC. The SEC is the best conference in college football. What is strange is how the Giants used their second and third picks in Round 1 on defensive players. If the Giants had taken Allen instead of Jones, they might have created one of the top defenses in the NFC.

The Raiders May Have Squandered 2-of-3 Round 1 Picks

During the season, the Oakland Raiders made a couple of questionable moves. They traded linebacker Khalil Mack to the Chicago Bears for Chicago’s first round pick. Then, they traded their top wide receiver, Amari Cooper, to the Dallas Cowboys for the Cowboys’ Round 1 pick.

Jon Gruden grinned from ear-to-ear after the trades. He knew he had 3 first round picks heading into the 2019 NFL Draft. After watching who Oakland drafted with those three picks, though, it’s hard not to wonder if the Raiders squandered their draft capital.

Taking Clelin Ferrell is okay from pick 10 on, but the Raiders drafted him with pick 4. Josh Allen was still available. The Raiders have yet to replace Mack. Allen could have done that. Ed Oliver, and Devin White were also available. Both rated higher than Ferrell.

Then with pick 24, the Raiders drafted Josh Jacobs. Although not a bad pick, Oakland passed on DE Montez Sweat. Oakland only had 13 total sacks last season. Mack had 12.5 sacks by himself. They not only passed on Allen, they passed on Sweat. That doesn’t make sense when our desperate to apply pressure to opposing quarterbacks.

Drafting safety Johnathan Abram with pick 27 makes sense because Karl Joseph hasn’t panned out. But, failing to draft either Allen or Sweat makes no sense at all.

During the NFL Draft, that Jags drafted two impact starters that they didn’t believe would be available. In addition to the Jaguars’ two players, 5 other players qualify as draft pick steals.

The Oakland Raiders aren’t the only team that passed on Allen. So did the Tampa Bay Buccaneers, who drafted linebacker Devin White, and the New York Giants, who drafted quarterback Daniel Jones. Playing on Jacksonville’s defense, Allen should excel. He could post double-digits in sacks his rookie season.

Most NFL Draft analysts rated Taylor the top offensive tackle in the draft. Like Allen, Taylor landed on the Jaguars’ lap.

Before the season started, Ed Oliver was the top defensive tackle in college football. Buffalo snatched him up with pick 9 in Round 1 after Detroit passed on him.

In the first round, Washington picked the most NFL ready quarterback in the draft. Haskins should have no trouble succeeding in Jay Gruden’s offense.

When the Saints saw that Texas A&M center Erik McCoy was still on the board, they moved up to snag him. McCoy should start day one.

Only two weeks ago, many considered Lock one of the Top 3 quarterbacks in the draft. Lock has all the tools to be the quarterback John Elway has searched for since Peyton Manning retired.

Cajuste could either start right away for the defending champions, or provide necessary depth. He’s a talented tackle that should have gone in Round 2, not Round 3.

That’s it for our NFL Draft recap. Who knows? Maybe, the Oakland Raiders surprise everyone, Daniel Jones plays like Johnny Unitas, and none of the Patriots’ picks pan out. We shall see!

Also, if you want to know how to use BossAction per head tools to manage NFL futures betting, call one of our customer service representatives at 800-339-4108. We’re also offering a $3 for 3-weeks trial right now. Make sure to ask about that when you call.

Bookmakers Prepare for the 2020 Super Bowl

As Bookies Prepare for the Biggest Event of the Year, Super Bowl 54 Promises to...

NFL Midpoint Against the Spread Losers