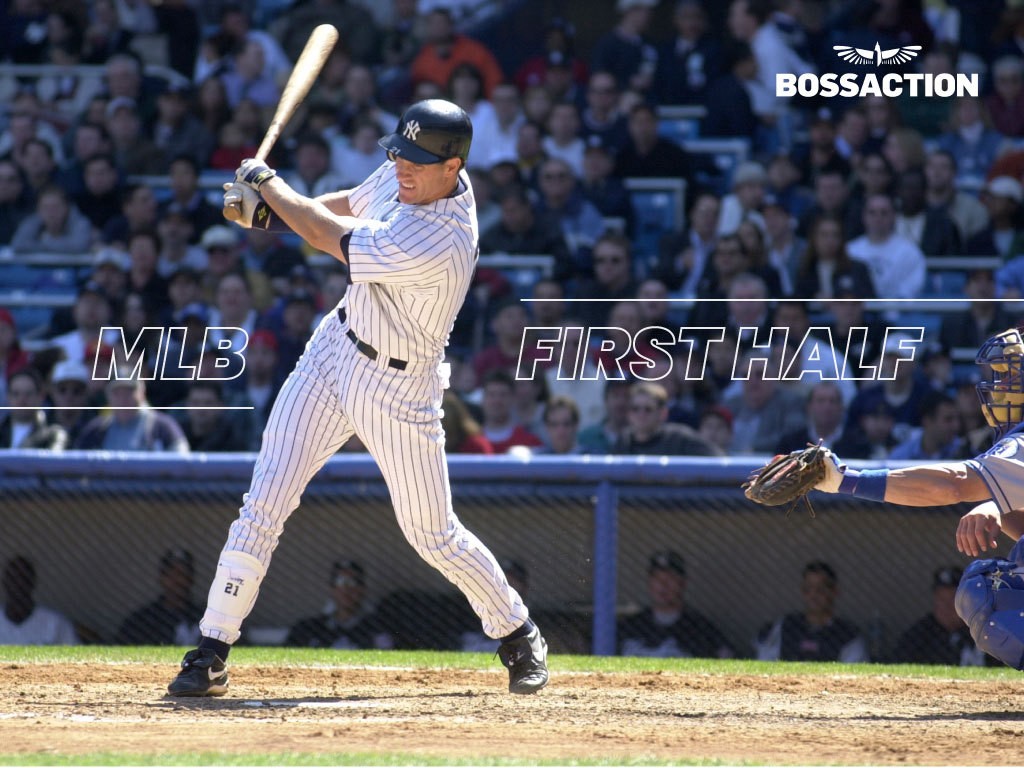 Shocking stories are making headlines through the first two months of the 2019 MLB Playoff season.

It’s still the middle of June but if the 2019 MLB playoff season started today, the reigning World Series champs would be golfing with the ‘presumptive best team in the AL’ Cleveland Indians. Meanwhile, the Tampa Bay Rays and the Texas Rangers would be vying for a berth in the division series.  Yes, People, the same Texas Rangers who were expected to lose almost 100 games this season are 36-30, good for a  .545 winning percentage.  We’re still only about 40% of the way through this 2019 MLB playoff season but let’s take a deeper look at these and more MLB shockers so far this year.

Everything is better in Texas

While the Minnesota Twins and Tampa Bay have stronger records and may be viewed as the bigger positive surprises, neither of these two squads was projected to lose nearly as many games as the Rangers.   Based on numbers through June 9th games The Lone Stars have a very healthy .545 winning percentage despite their preseason projection of a .440, one of the largest discrepancies in the league.

Now five more games in the loss column would put them right at their forecasted record, but look at the Royals: things can also go much worse.  Also look at where the Rangers are coming from; off at 95 loss season in 2018 and a rather tepid offseason which saw the loss of both Jurickson Profar and Adrian Beltre.  They also lost a quartet of arms who each posted at least a 1.0 WAR a year ago.  Their only real free agent commitment was backstop Jeff Mathis and they entered the season with a microscopic payroll of just $120 million.  To be frank, their 90 loss preseason projection might have even been a bit generous when considering where the roster was at in March.

But the small moves the club made in the offseason is where we can really see the reason for their surge.   They signed Lance Lynn for a bargain at $30M for 3 years, along with Drew Smyly, Shelby Miller, and Edinson Volquez.  Lynn has been the biggest positive in the group with a 25% strikeout rate to go with a 2.6 WAR, 6th best among all pitchers this year. The 1-2 combo of Lynn and Mike Minor might not sound that intimidating, but their combined WAR numbers are 2nd in the American League only to Max Scherzer and Stephen Strasburg.

Not the sexiest team, but they’re getting the job done.  They end up being markedly average in the bullpen, below average on defense and a bit above on offense.  What we get from this is a team right around .500; while not impressive on its own, its a big win for Texas who was expected to be a dumpster fire in 2019.  Current metrics still project that the Rangers will revert back to their career averages and end the season in the bottom third of the league.  As good a story as it has been, it’s hard to see this squad’s success lasting the remaining 60% of the season, enjoy it while it lasts.

Ryu ready for some baseball?

The Dodgers Hyun-Jin Ryu is finally healthy (mostly) and is putting up a career year in Los Angeles.  The South Korean flamethrower has compiled a 9-1 record in 12 starts with a squeaky clean 1.36 ERA and infinitesimal 0.80 WHIP, both league-leading numbers.  But those aren’t his most shocking stats on the season, it’s his absurd walk rate. The hefty lefty has posted a 15.40 K/BB ratio, more than double that of his closest competition.  More than double!  Ryu has walked just 5 batters with 77k’s in 86 innings, its borderline unbelievable in fact.  He is doing something legitimately remarkable in the way he is silencing every MLB roster he has encountered so far in 2019.  Barring injury, Ryu could run away with the Cy Young award and set some records with such amazing control and ratios.

Twins are doubling the fun in Minnesota

The Twins are currently leading the entire league with a stunning .677 win percentage on the season and are absolutely running away with the AL Central, holding an 11 game lead over 2nd place Cleveland Indians, the largest division lead in the league.

Why is this all so surprising?  Well the Twins were pretty lackluster in 2018; so bad, in fact, that their manager Paul Molitor was shown the door just a year after winning the AL Manager of the Year. Remember those stats mentioned a moment ago, the ones Minnesota is currently leading the league in?  Well, their ERA, BB/9, runs scored, home runs, BA, OPS, and wRC+ were all ranked in the bottom third just a short year ago.

This surge in success has led to predictable changes in their betting odds. On opening day the Twins had 19.6% odds to make the playoffs, today they are pegged at 98.8%.  Which is an increase of 79.2%, by far the largest in the league with 2nd best being the Rays at 47.4%.

My recommendation? Keep riding this train while it’s still on track.

With all the great stories around the league, there is no better time to get yourself and your clients into MLB wagering.  Right now we’re offering a 3$ for 3-week promotion for new agents looking to get started.  Call 1-800-339-4108 with any questions and be sure to ask about the promotion when you have us on the line.

How Bookie Agents Should Get Ready for Kentucky Derby Races

How Online Bookies Can Increase Profit on MLB Live Betting